Boyz II Men has been named the musical artist of the year at the Casino Entertainment Awards. The winners were announced at the awards ceremony Wednesday night. It was part of the week's G2E Global Gaming Expo for the casino industry. Britney Spears and Guns N' Roses were also nominated. Other winners included casino entertainer of the year Jeff Dunham and comedian of the year Carrot Top.

The Show at the Agua Caliente Casino in Rancho Mirage was named showroom of the year. The Colosseum at Caesars Palace won arena of the year. Wayne Newton was awarded the Casino Entertainment Legend award. Newton first took to a casino stage in 1958 at the Fremont Hotel & Casino. Richard Sturm of MGM Resorts was also given the Casino Entertainment Legend award.
Copyright 2015 KNPR-FM. To see more, visit http://www.knpr.org/. 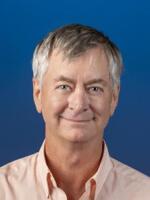